Mr. Anar Aliyev (Alizade) was nominated for the prestigious award –‘Person of the Year: Business Reputation – 2014’ by the ‘Business Time’ independent business magazine

Pursuant to the decision of the ‘Business Time’ independent business magazine’s jury, Mr. Anar Alizade was nominated for ‘Man of the Year: Business Reputation– 2014’. According to the publications in this magazine Mr. Alizade was nominated for this prestigious award on the following grounds: “Nowadays, Mr. Alizade is the founder of numerous successful companies in various industries both in Azerbaijan and abroad. His transparent, fair and effective control strategy has allowed him to build strong partnerships with many local and international companies, as well as to properly represent Azerbaijani business in the global arena. His transparent and effective approach to doing business in international scale and convincing defence of his fair position and national interests in his struggle against unfriendly forces, who have taken a hostile position towards Azerbaijan were main grounds for an independent decision to introduce the ‘Business Reputation’ award to Mr. Alizade”. 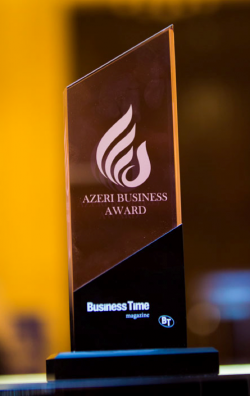